Agnitron will be building MOCVD system for optoelectronic market 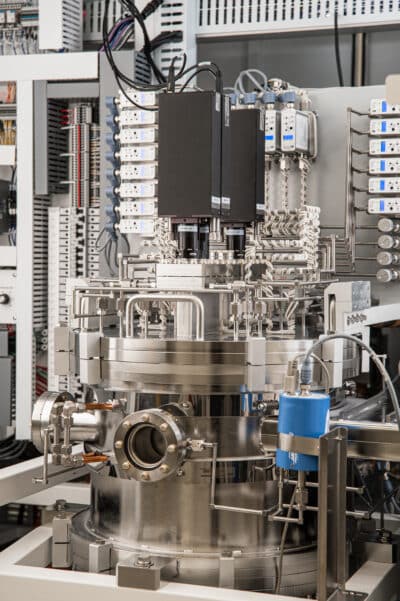 Agnitron is pleased to announce it will be building an additional A300 MOCVD system for the III/V Optoelectronic market for a multinational customer.  The customer is a current customer of Agnitron’s parts and services business and has decided to expand its fleet with a new Agnitron tool.

Agnitron is a Chanhassen, MN based semiconductor tool manufacturer and has customers worldwide on 4 continents.  The company specializes in Oxide (Ga2O3) and III/V MOCVD tools but also manufactures state-of-the-art in-situ emissivity compensated pyrometry tools marketed under the trademark AgniTemp™.  Since 2008, Agnitron has sold dozens of new and reconditioned MOCVD tools worldwide.  In addition to the hardware, Imperium-MOCVD™ is a powerful control system using the most advanced hardware and software to provide unmatched control capability.  To date, the company has upgraded almost 100 existing MOCVD tools with Imperium-MOCVD™ from the 2 larger MOCVD suppliers located in the United States and Germany.