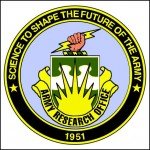 Additionally, other aspects relating to material doping and device design will be investigated and optimized to evaluate the potential for MgZnO based photodetectors to outperform and replace devices in applications that currently use AlGaN or SiC based detectors.

“We are excited to show the full potential of ZnO for solar-blind photodetection applications and consider commercialization of this technology a mandate,” said Dr. Andrei Osinsky, President of Agnitron and PI for the Phase II program. “DoD application of this technology is anticipated to significantly improve daytime rocket, missile and flame detection, all critical capabilities for many military missions.” Even larger markets exist for commercial applications such as UV dose monitoring for curing systems or applications utilizing UV sources for sanitation and purification as well as many others.

Agnitron has assembled a team of leading experts in ZnO and will be working with the University of Central Florida and North Carolina State University led by Professors Winston Schoenfeld and John Muth, respectively. The total budget for this Phase II program is $1M and it will be executed over the course of 2 years.