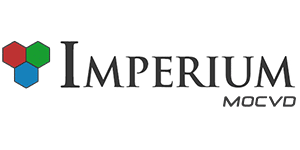 Agnitron will be supplying two Imperium-MOCVD™ Control Software and Automation licenses to a US Government National Laboratory in 2016. The upgrades will be installed on legacy MOCVD systems which no longer receive factory support and use both DeviceNet and analog device communication protocols. One of these systems had been heavily modified in recent years to support study of new advanced materials; Imperium was selected in large part for its out-of-the-box ability to be custom configured through user menus for any hardware configuration and demonstrated performance for legacy equipment control.  The Imperium-MOCVD™ Control Software and Automation upgrades offer the latest in control technology and solves support issues which threaten up time for many users of proven but unsupported MOCVD systems with obsolete control hardware and software.

The Imperium platform is a Windows 7 based package and is used for controlling MOCVD and other semiconductor process equipment (Windows 10 compatible version available in 2016). Imperium-MOCVD™ is a direct Control Software and Automation replacement for Emcore, Veeco and Thomas Swan MOCVD systems and it offers the latest in control technology; setting a new bar for MOCVD control flexibility. It was developed in response to demand for upgrading legacy MOCVD tools for state of the art processing and extends the life of proven MOCVD platforms no longer supported by the OEM. Visit our Gen 3 Imperium-MOCVD™ Control Software and Automation page to view current information, as we offer a brochure and data sheet for customer inspection. Contact us today to setup an online live Imperium demo.

We at Agnitron Technology, Inc. specialize in developing emerging compound semiconductor material and device technologies into commercial products as well as economical custom MOCVD equipment solutions. Our diverse team and partners draw from backgrounds in physics, materials science, semiconductor processing and electrical and mechanical engineering. Collectively, this team is credited with more than 400 published manuscripts and over 50 patents. Visit www.agnitron.com for more information.